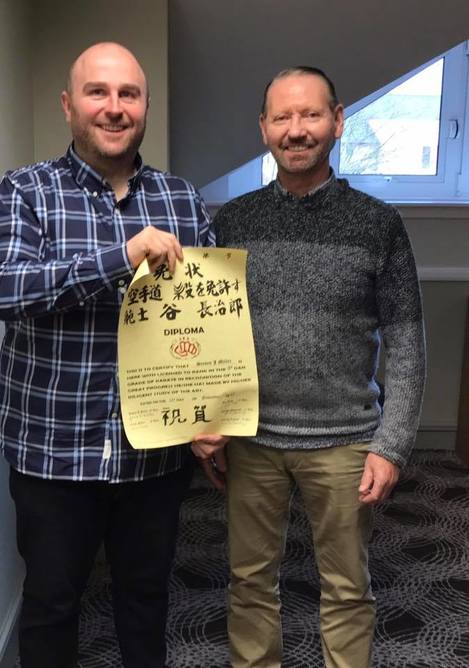 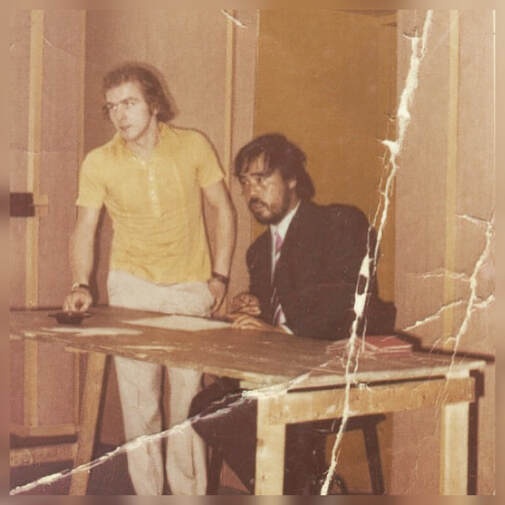 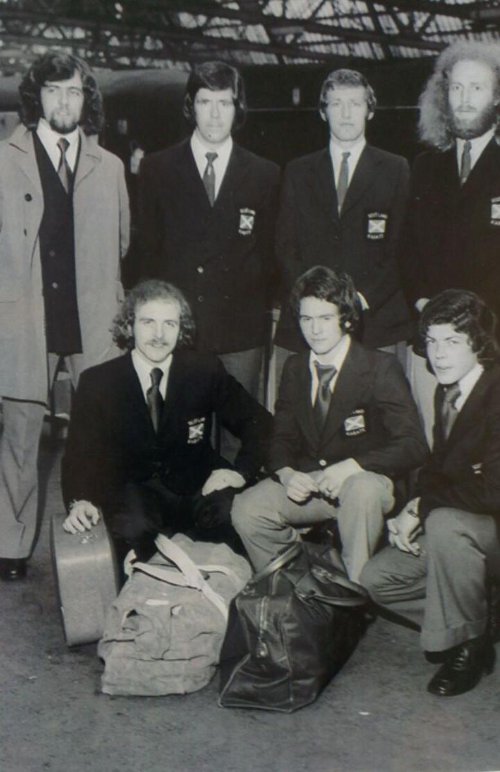 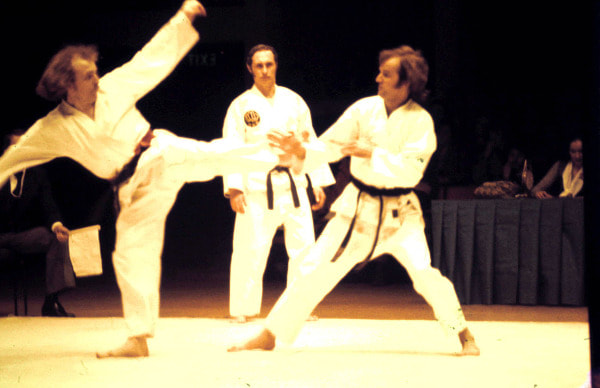 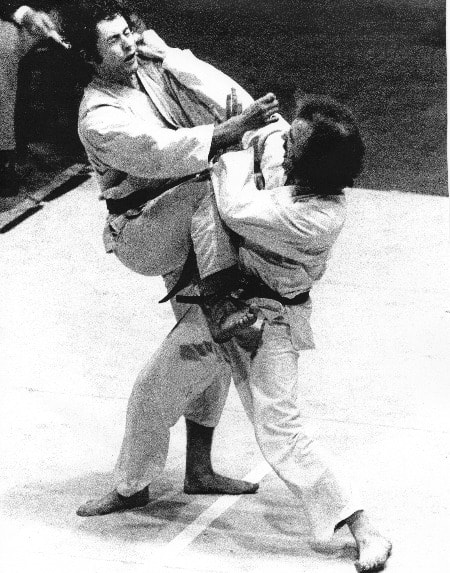 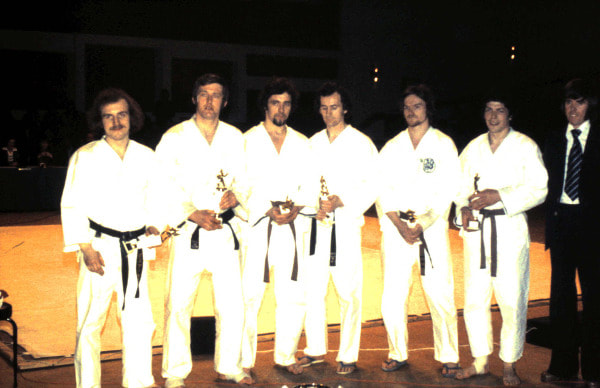 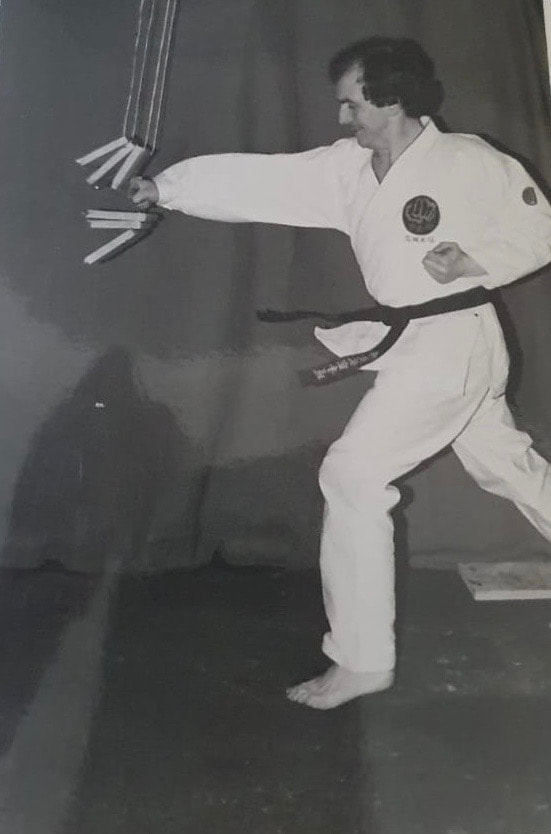 Sensei Jim Miller showing his impact by breaking wood in 1976 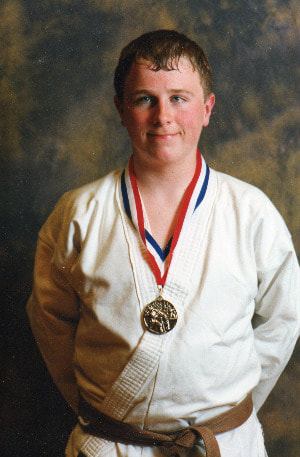 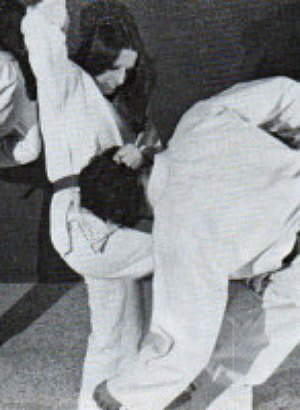 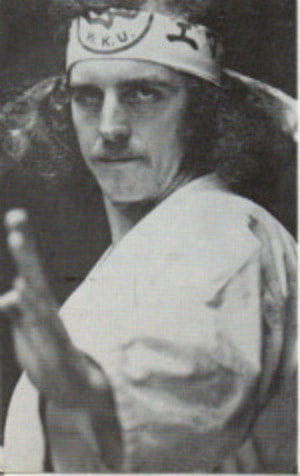 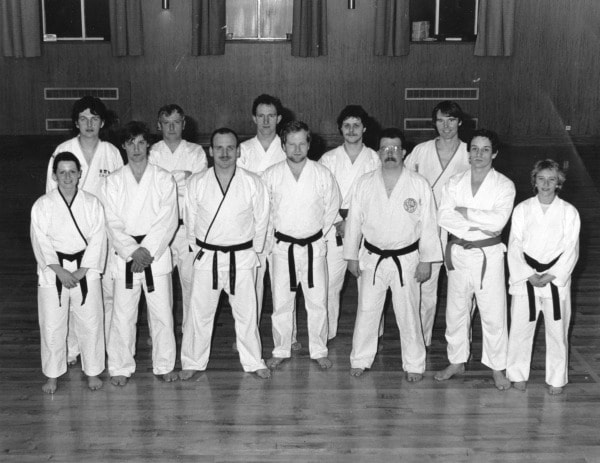 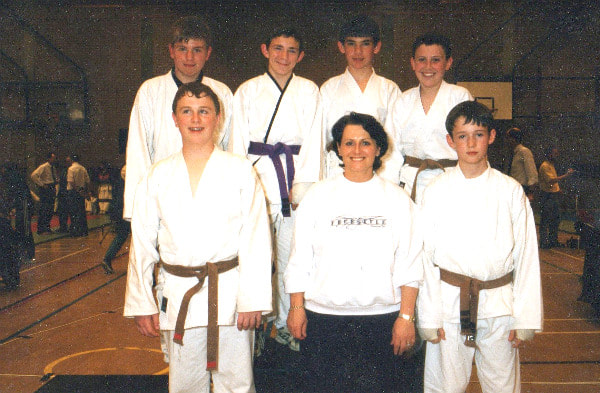 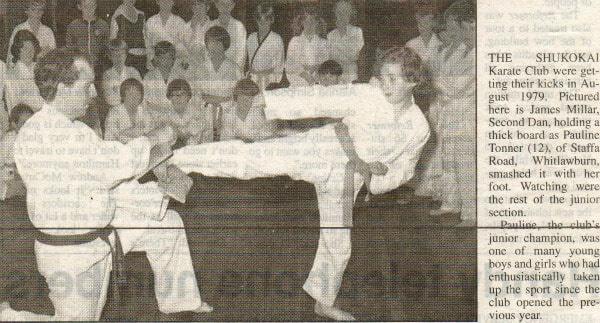 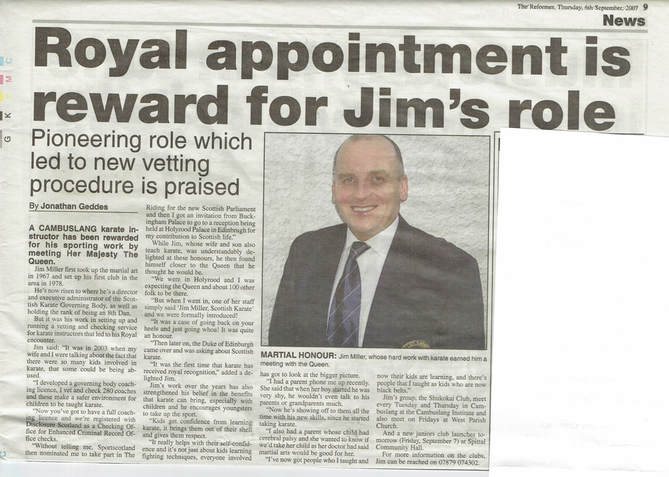 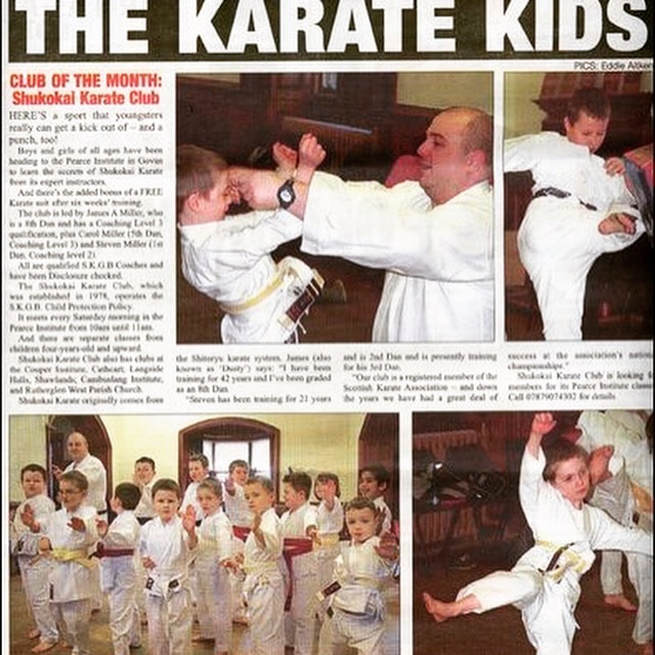 Govan class featured as the club of the month in the metro. 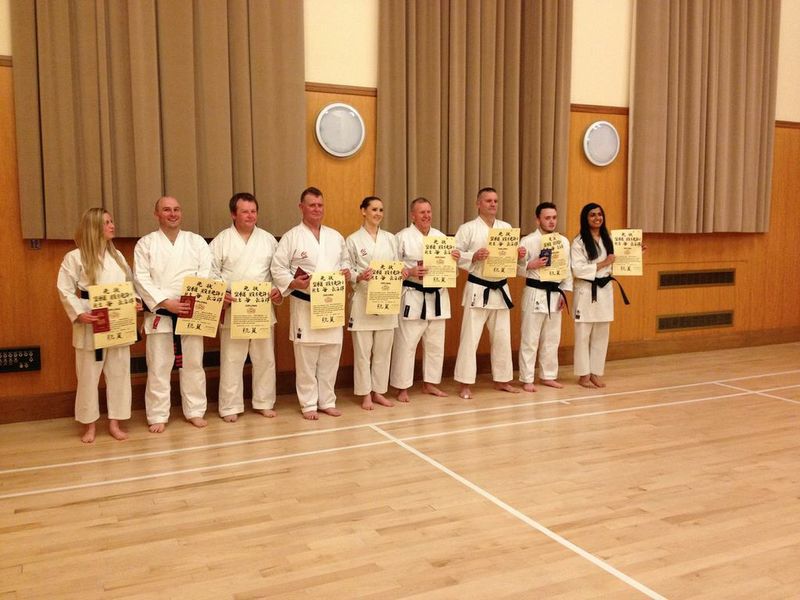 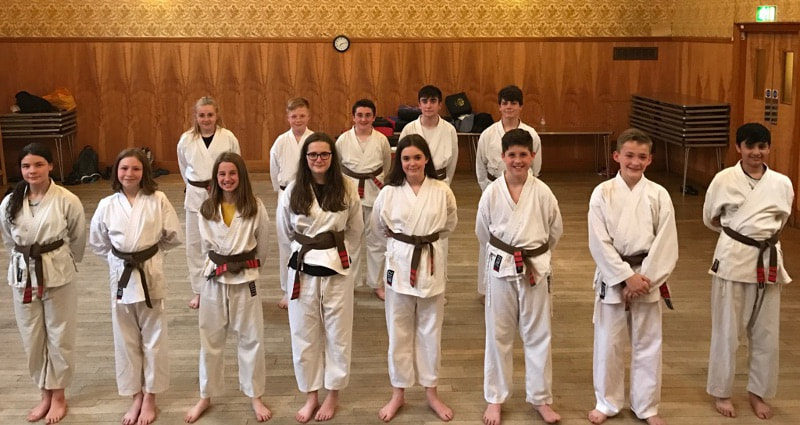